DAYTONA BEACH — You can find it all at the annual Daytona Turkey Run: red, yellow, blue and green; big and small; compact and stretched; antique, vintage and classic; as well as any type of make and model of car or truck you can think of.

Thousands of cars and trucks are on hand at Daytona International Speedway for passersby to ogle during the 47th annual event that started Thursday and concludes Sunday.

For the Turkey Run, one of the largest combined car shows and swap meets in the country, the coronavirus pandemic didn’t seem to alter plans too much. Although there seemed to be fewer vendors than normal according to regulars, crowds were heavy, masks were sparse and there were more people looking to sell their cars than usual.


The show takes place each year over the long Thanksgiving weekend and features collector cars, car parts and car memorabilia.


© Nigel Cook/News-Journal
Thousands of people were lured to Daytona International Speedway to see the thousands of cars lined up Saturday during the 47th annual Turkey Run.


For Emily Phillips, who’s driven down the past 20 years from Greenwood, South Carolina, the pandemic wasn’t going to stop her and her husband, Tony. She said rebuilding and refurbishing cars is their biggest hobby.

“Things have obviously changed this year, but there’s still a tremendous amount of people here. We always enjoy it,” she said. “We’re in our late 70s, so we’re trying to sell our cars, you know?

“My husband will tell you that when he was in grade school, his teachers would take away his car books. He wouldn’t let this year stop him, either.”

Sitting in front of the 1940 chopped Mercury she and her husband were sporting, Phillips said car shows were a great way to make new friends and meet new people. They keep up with people from as far away as Canada and are always looking to sell their most recent project. Their current car, painted sleek burgundy with an intricate design down the middle, is a $39,900 purchase.

Steve Coe, a Daytona Beach resident and vintage racer who’s been showing up since the Turkey Run started in 1974, said it was almost shocking to see how little the show has changed over the years. Still, he wanted to show off his bright, candy-colored tangerine Chevrolet with a 572 crate engine right in front of the windshield.

“I’m surprised this many people showed up,” he said. “But this has been such a passion of mine ever since I was a teenager.

“I guess it’s the same with a lot of these people. We wouldn’t miss it for the world.”

Passion was a common term used throughout the show. Whether vendors were selling imported car memorabilia from all over the world, or spare Chevrolet parts, easy smiles and excited chatter were common.

Every year is like that, said Neon Warehouse owner Matt Abbott, who has attended the Turkey Run for the past 10 years. And every one of them has been great.

“Years ago, these people used to cruise around in these vintage cars. I guess my signs remind you of the good old days,” he said. “I just stumbled into the business, really. But I found my niche, and I love it.”


© Abigail Mercer
“Years ago, these people used to cruise around in these vintage cars. I guess my signs remind you of the good old days,” Neon Warehouse owner Matt Abbott said. “I just stumbled into the business, really. But I found my niche, and I love it.”


After Abbott’s 25-year career as a truck driver came to an end in 2008 when his plant closed, he said he got into the hobby through neon beer signs. Once he made the transition to his car signs, though, he said he hasn’t looked back.

The most popular sign he sells is a bright green one that says,”Dad’s garage: If it’s broke, call dad.” A large portion of his proceeds go to Christian mission charities, he said.

“I’ve got a wide variety of signs, big and small. People buy them for recreation rooms, man caves or museums,” Abbott said. “Everyone has their hobbies, and these people, they like their cars.”

This article originally appeared on The Daytona Beach News-Journal: For car lovers, Daytona Turkey Run an outlet for artistry, passion

Mon Nov 30 , 2020
Share This Article: Downtown Chula Vista. Picture by Chris Stone Compact corporations are at the heart of flourishing communities. Nevertheless the pandemic has strike these cherished regional gems especially tricky this year. Assist Occasions of San Diego’s growthwith a compact every month contribution In response to this complicated time, the […] 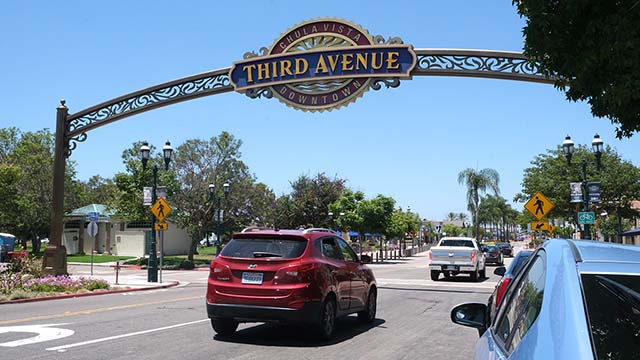